Getting to know you: Paul Hanson 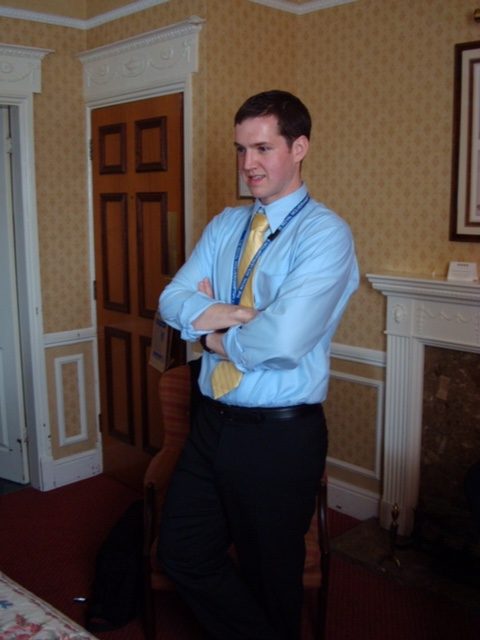 Hanson didn't start out at West Linn. He used to teach at the Royal Wolverhampton School in England.

“Probably from high school through most of college I was planning on going into the health professions and health sciences,” Hanson said. “So kind of started as like thinking of doing things like pre-med, pre-dental and pre-pharmacy internships. And getting really close down to the wire, I didn’t change majors but changed career paths like three weeks before I graduated college. I realized it wasn’t what I wanted to do.”

Hanson attributes his career change to when he began to coach high school swim as a senior at Western Washington University. From there, Hanson began his career in education.

“I’ve worked as a Student Admissions Representative at Western Washington, that was kind of the year when I was figuring out what I wanted to do,” Hanson said. “So there I did, you know, transcripts, evaluations and worked with students considering the school.”

Hanson’s main area of education however, lies in science.

“I’ve been a science teacher, biology, chemistry, physics, AP biology, taught a class through Portland State called senior inquiry. And then I was a teacher on special assignment where I worked with science teachers, where we were going through a curriculum adoption and looking at different materials,” Hanson said. Despite the number of classes he has taught, he has only taught at a small number of schools, one of which being in England.

“I taught at Liberty High School in Hillsboro and then the Royal Wolverhampton School in England. Didn’t develop an accent but did learn some of their kind of interesting slang terms that you weren’t expecting to be inappropriate,” Hanson said. He also gave the experience glowing reviews.

“I highly recommend it if you decide to go to college and they have a study abroad or exchange program,” Hanson said.

While discussing his time at the school, Hanson explained the many interesting parallels between the Royal Wolverhampton School, and another, more well known school.

“It was way more like Harry Potter,” Hanson said. “The school had four houses. There were house points. Everyone wore ties, slacks. The teachers big complaint was the dress code.”

He also noted the difference in teaching styles between the schools.

“It’s different I would say,” Hanson said. “Kind of liked it a little more here.”