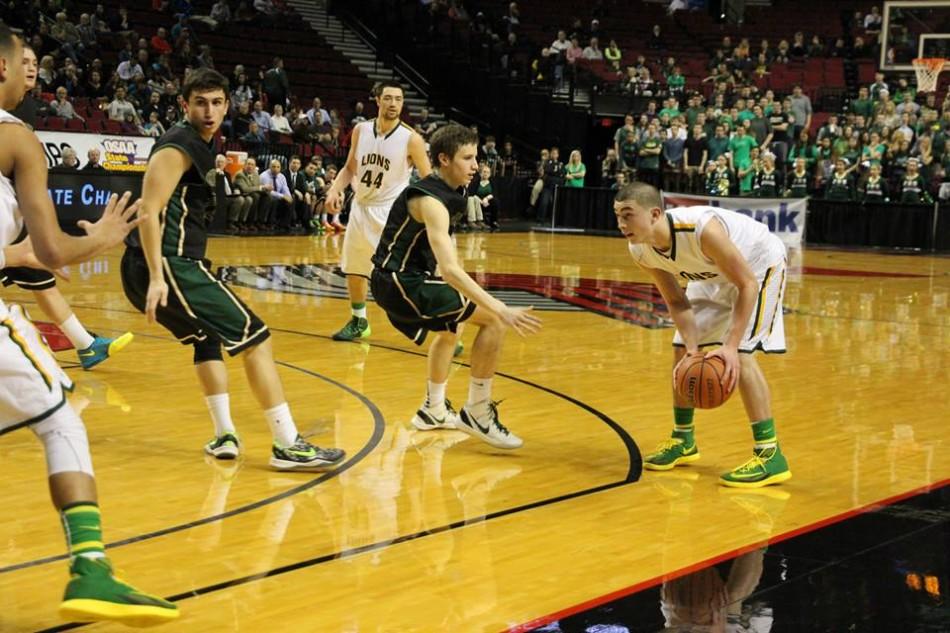 For the second straight season, the West Linn Boys Varsity Basketball team (26-4) advanced to the state title game after defeating the Jesuit Crusaders (21-8) 65-46. With the win, West Linn will take on the Sheldon Irish (22-6) with State on the line.

The Lions started the game off hot, and by the end of the first quarter, had created a 10-point lead, 21-11.West Linn continued its momentum into halftime and extended its lead to 16, 37-20.

The Crusaders had brief moments of life in the second half, but the Lions kept hitting shot after shot and never relented. At the end of the third, the game was just about in hand, with West Linn up 49-34. The Lions cruised in the fourth, keeping the pedal to the floor until the buzzer sounded, and West Linn found itself back in the state title game.

Guard Payton Pritchard, sophomore, lead all players in scoring with 18, followed closely behind by guard Anthony Mathis, junior, who finished with 15.

Tip off is tonight at 8:30 at the Moda Center. Tickets for general admission are seven dollars for students, and 12 dollars for adults.

Video highlights can be seen at: http://highschoolsports.oregonlive.com/news/article/649691779961320641/west-linn-returns-to-title-game-with-65-46-win-over-jesuit-6a-oregon-boys-basketball-state-tournament-video/