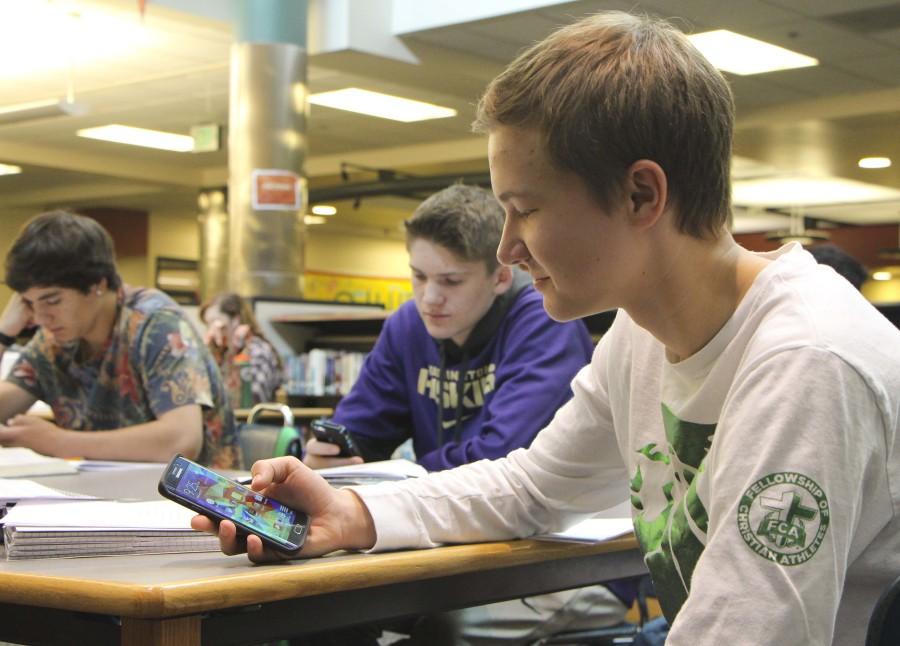 The Samsung Galaxy S6 and S6 Edge were unveiled at the Mobile World Congress 2015 phone show early in March. With a radical new twist on the Galaxy S series, Samsung has taken a step away from their traditional plastic phones. But is the new phone worth the upgrade?

The sleek new metal design is surely better than the previous model, the S5, which featured plastic casing. With a better feel in the hand and a more durable build quality, Samsung has stepped up its game this year. However, they decided to release two separate phones at different prices.

The Galaxy S6 Edge is the same as the S6 with the only difference being the dual edge display, as well as an extra $100 price tag. The Edge costs a whopping $700 but can be bought on a two year contract for about $30 per month at phone companies like Verizon. The dual edge display is slightly curved outwards on both sides, making for a more interesting viewing experience when watching movies or playing games.

The curved display brings other advantages over the standard flat screen, and I wish that Samsung would have ditched the S6 all together and made the S6 Edge the only new addition to the Galaxy S series. With the Edge, you can swipe from the side to see a list of your favorite contacts. Also, when the phone is facing downward, the edges will light up an assigned color to display who is calling. Another cool feature is the ability to set a dim clock that will display the time and other notifications on the curved edge so you can easily see it while laying down at night.

The user interface is now a slimmed down version of Samsung’s custom overlay called Touchwiz. I never liked the surplus of preinstalled apps that I never use on my Galaxy S5, but Samsung now claims to have reduced the amount of these apps.

However, these changes didn’t come without sacrifice. Samsung decided to not include a micro SD slot necessary for expandable memory. Also, because of the metal and glass design, the battery is no longer removable and the phone isn’t waterproof. Personally, I don’t mind these changes because I’ve never removed the back or used a micro SD card, but this may not be easily accepted by others. Also, because the starting memory is now 32 gigabytes, having enough space shouldn’t be a problem for most.

The camera underwent a few changes as well. Selfies should look clearer now with the five megapixel front facing camera, up from two megapixels in the S5. The rear camera retains 16 megapixels, but now has wider lens to allow more light to come in which helps with low light situations. Also, you can now double-tap the home button from any screen, even if the phone is off, to open the camera application in under a second.

Personally, I like the new design and usability of the new S6 Edge. Even though it does not include a micro SD slot, the additional storage is enough for me. Samsung expects an increase in sales of this new model. It is currently available in multiple major phone carriers such as Verizon and AT&T.