Debs advance to State with their heads, and kicks, held high 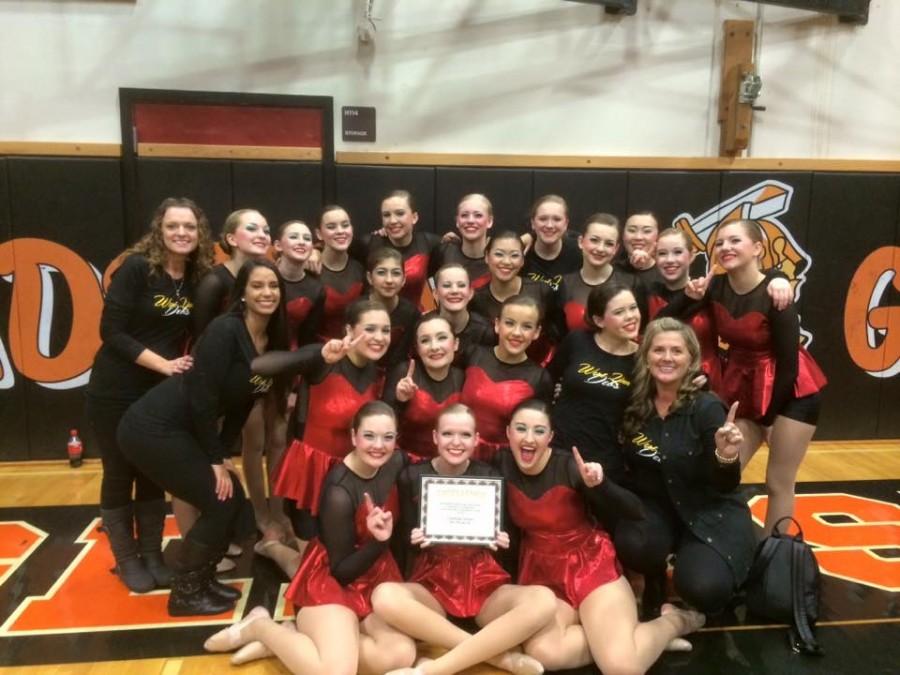 The WLHS Debutantes posing with their win after a competition earlier in the 2015-2016 season. The team will perform at the Memorial Coliseum on Mar. 19, fighting against other Oregon dance teams for the State Champion title.

Leading up to the state competition on Mar. 19 at the Memorial Coliseum, the West Linn High School Debutantes have been practicing nearly seven days of the week to perfect their final performance. With with only 21 dancers, the focus on their themed dance was to “clean, enhance, and project,” Karalee Kyllo, co-coach and choreographer for the Debs said.

The new coach cites the team’s last two performances at Parkrose and Liberty High School as huge accomplishments due to the 10 competitive teams they’re up against. With a 4th place trophy from Parkrose, and a 7th place title from Liberty, the Deb’s are going into the competition this weekend with high hopes.

“Our team has accomplished a ton these past few weeks and we are excited and ready to go to the state championships on Friday,” Kyllo said.

The dance they’ve prepared over the last four months is no ordinary production. The performance, named “Love in the City,” features an elaborate theme and an equally noteworthy set. The story, which is accompanied by music from “Queen,” follows a girl in New York navigating through life and love.

“We have had a lot of positive response to our set, costumes and our very detailed story line” Kyllo said.

Olivia Steele, senior, and co-captain for the Debs, shares much of her coach’s enthusiasm, and helps the underclassmen who are new to the team.

“We may have been lowballed in the projection category at Liberty, but we were obviously really happy with our [performance] because we’ve been working since December,” Steele said.

The Debs veteran, who’s participated in State for three out of her four years at WLHS, identifies the competition as one of her favorite parts of being on the team.

“The tradition of it all is nearly as fun as the performance piece,” Steele said. “It’s a great time for us to bond as a team before we go out there and do our best for the judges.”