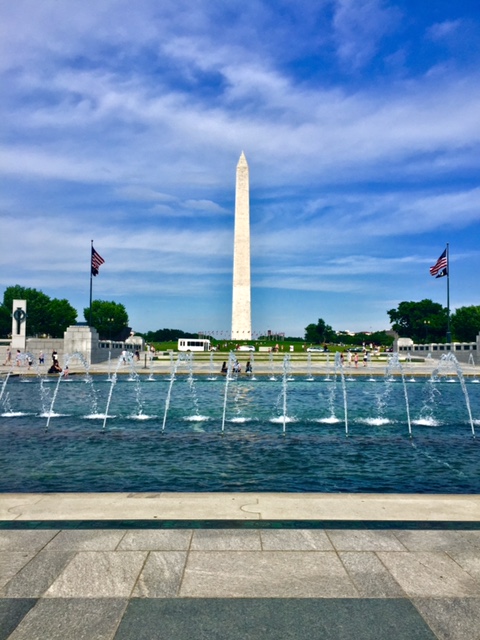 If we are to change anything, we must first accept that the election of Donald Trump was inevitable.

Oh sure, had President Trump run against a different candidate, he might not have won. If James Comey hadn’t intervened by announcing the investigation into Hillary Clinton’s emails, or if Obamacare premiums hadn’t risen, things might have been different. Perhaps, if a myriad of coin tosses hadn’t gone the way of the Trump campaign, we would have a different president. However, that doesn’t change things. Trump’s election was inevitable.

America was always going to elect someone like Trump. If not in 2016, then in 2020 or beyond. Long before the ballots were printed, a cultural death warrant had been signed by everyone across the country.

In a way, President Trump’s election was a rejection of the norms, of the status quo. But in a larger sense, it was a broad validation of every practice that has brought us to this point.

In the wake of this election, many have pointed to the actions of the Democrats in the lead up to 2016. Abandoning the working classes. Rampant elitism. Incoherent messaging and a snobbish rejection of middle America. In that sense, viewing President Trump’s election as a vote against Democrats, and more specifically against Clinton, holds some validity.

This view, of course, carries a lot of weight. Democrats attempted to run a centrist campaign but lacked the charm or charisma to pull it off. After eight years had torn apart many middle American towns, Americans desperately needed a figure to pin blame on, and Obama provided an easy target.

The problem with this is that it paints far too clean a picture. By ignoring the role of long-running cultural issues, Republicans pin the blame entirely upon the last eight years of Democratic leadership. Needless to say, that is an outrageous oversimplification.

Democrats, in contrast, have tried to explain away the results as products of racism and sexism. They have claimed that intolerance towards a black president and a female candidate were defining principles of the campaign, alongside undertones of general intolerance. For liberals, it’s a convenient idea. Again, it is also one that holds some weight. Barack Obama’s presidency was nowhere near the disaster story President Trump portrayed it as, and Clinton was massively more qualified for the job than Trump. Undoubtedly, bigotry played a role in the last eight years of politics.

But the broader point still stands. This election was not, as Democrats would have you believe, a case of angry white men fuming at the thought of a female president. While undoubtedly that played a role, and Clinton would probably have won were she a man, a Clinton victory would not make any of the issues that elected Trump disappear. The question should not be, “Why did Trump win?” but rather, “Why did everyone else lose?”

The current president is almost absurdly out of his depth. An argument can be made that his incompetence is more damaging than even his blatant authoritarian desires. But we shouldn’t lose sight of the problem. In the end, Trump will leave office. And when that happens, the issues that got him to that position will not have gone away.

Trump was not a rejection of the current political establishment. He was a confirmation of it. The flaw is not with Democrat politicians, nor with Republican voters, but rather with a system that embraces corruption and celebrates bribery. Trump is simply the logical conclusion to a political system that will say anything and do anything to win. The last and greatest in a long line of selfish con men looking to bleed America dry for self gain.

To some, Trump was a “good” politician because he wasn’t as “bad’” as Clinton. To others, the opposite was true. In a political and economic system that prioritizes profit over everything, this will continue to be our electorate’s lone principle. So long as money controls everything, we will be forever stuck voting for the lesser of two evils.

Trump is not a new figure on the political stage. He’s simply the best liar in a game of falsehoods, the man who tricked enough of the country into voting for him. This time.

So keep your ideologies and shout about your moralities. Pretend you stand for something as you continue to elect puppets built of coins. Do whatever it takes for your side to win, even if it means giving up all that you stand for. Sacrifice your ideals to the gods of celebrity and status. But don’t expect anything to change.

The tragedy of the 2016 election is that American’s desperation for a change allowed the status quo to entrench itself forever.

When Trump leaves office, many will heave a sigh of relief. Anything, they feel, apart from Trump, is acceptable. So don’t be surprised when the next charlatan comes along and wows the liberals before waltzing into office and robbing the country blind. And after that, a smooth talker with an R next to his name promises change then changes nothing again. It’s all we have seen in modern politics. And until someone rises to the occasion, it looks to be all we have left.