Listen to the survivors 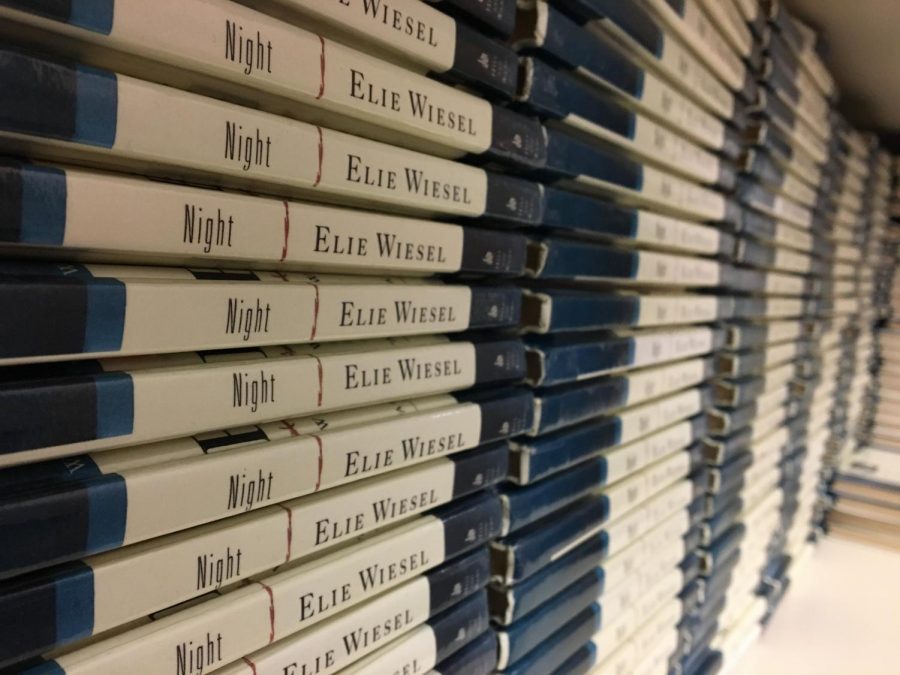 Powerful in reaffirming history and evoking emotion, "Night" by Ellie Wiesel has been taught in freshman classes this year.

Powerful in reaffirming history and evoking emotion, “Night” by Ellie Wiesel has been taught in freshman classes this year.

The Holocaust is widely accepted as one of the most devastating and disgusting tragedies in human history. The persecution of Jews has continued throughout history, and unfortunately, anti-Semitic incidents ranging from verbal harassment to assault has increased 57 percent, according to a study by the Anti-Defamation League. Another study by the same organization shows that 36 percent of people in the Americas believe that Jews talk too much about what happened in the Holocaust, and 21 percent of the same population believe that the Holocaust was either exaggerated or did not occur at all.

Falling into this category is Arthur Jones, a politician running for Congressman in Illinois. His ideas on abortion, immigration, gay marriage and gun rights are questionable to say the least, but the tab on his campaign page labeled “Holocaust?” is likely the most eye catching representation of his political views.

If you were to delve further into the contents of this tab, you would find articles explaining how the Holocaust couldn’t have occurred. Jones notably calls Holocaust survivor and author Ellie Wiesel a “Semitic superstar” and a “skillful liar.”

Wiesel’s memoir “Night” has been included in the freshman curriculum this year and is viewed by English teacher Ryan Mooney as valuable in teaching young people about the Holocaust.

Primary sources like “Night” are an important tool in helping students understand emotional and contested pieces of history like the Holocaust. Education and understanding are the best weapons with which society can arm itself against Holocaust denial.

But what can we do when an adult in a serious position of power displays anti-Semitic views that contradict fact?

“I don’t even acknowledge them,” Mooney said, regarding politicians like Jones. “At least in my response to that, there’s a lot of books that we teach that have pretty vitriolic responses, criticisms and discrediting claims or really libelous claims, and I don’t think you should feed that fire. And the best way to deal with that is to just verify the person, to bring in more voices that support what Wiesel said and to not give airtime to the odious and hateful anti-Semitism against them.”

And while ignoring anger until it simmers down is appealing and practical in the specific case of Arthur Jones, angrily denying that the Holocaust happened is revealing of a deeper societal issue.

We live in a world where hate can cloud the judgement of entire groups of people, at a time when impulsive emotional response trumps carefully proven fact, and when it feels easier to hurt people than to hear them.

All society can do, what it must do, is strive to cure others of their ignorance through the voices of Wiesel and the millions of others affected by the Holocaust.