The issue with the rising cost of college 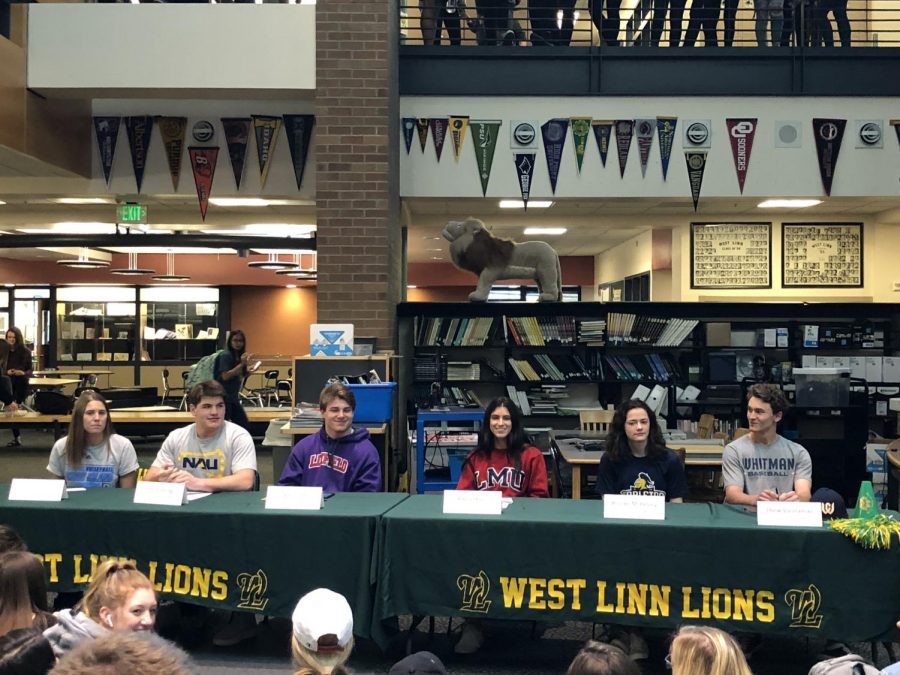 Six senior athletes sign their National Letters of Intent to play college sports on April 11. The NLI is a binding document that requires one full year of athletic participation.

“What college are you going to?” This question is heard in the halls of high schools all across America. More so today than anytime in the past, students have an expectation of going to college. This is not just an expectation of their parents, it is also an expectation of today’s employers. According to Georgetown University, 35 percent of jobs require at least a Bachelor’s Degree and by 2020, 65 percent of jobs will require some form of postsecondary education. If this keeps up, more and more lower and middle class families will no longer be able to afford to send their children to college, leaving them out of a number of job opportunities.

Based on the increasing rate of college tuition, it comes as no surprise that the rate at which students are obtaining student loans is increasing as well. According to USA Today, in the 2011-2012 school year, 71 percent of undergraduates received some form of financial aid. The average amount was $10,800. While student loans help remove some of the burden of college tuition, these students will have to pay off their debts upon graduation. The rate at which college tuition shows no sign of stopping and has already outpaced inflation and income growth.

Another issue with the increasing price of a college education is that it is keeping many people from a number of job opportunities. The percentage of jobs that require at least a Bachelor’s Degree has been increasing along with the price of a college education. Not only does this put a number of people at a disadvantage when it comes to job hunting, it also puts the United States as a whole at a disadvantage. According to The Center for American Progress, today’s economy is in need of workers who have an increasing level of understanding of knowledge, skills, and abilities that are best acquired through a college education. If today’s workers don’t have the right foundations for these jobs, America will also lose ground to other countries who have better prepared and educated workers, hurting our economy.

In the end, the effect of the rising cost of college is putting a strain on students, families, and the economy. While we may not be able to slow down the rising cost of college tuition easily, there are steps that students can take to help lower the cost of a college education. According to Education Planner, some ways that students can help lower the cost of their college education include, exploring all student aid options, comparing housing options, buying used textbooks rather than new ones, graduating on time, starting off at a community college, earning money while attending college, choosing the right meal plan, and many more. It is important to our country as a whole, to help lower the cost of college so that more people can obtain the necessary education in order to achieve the American Dream.