Going up in flames

The impact that the Australia bushfires make on the ecosystem. 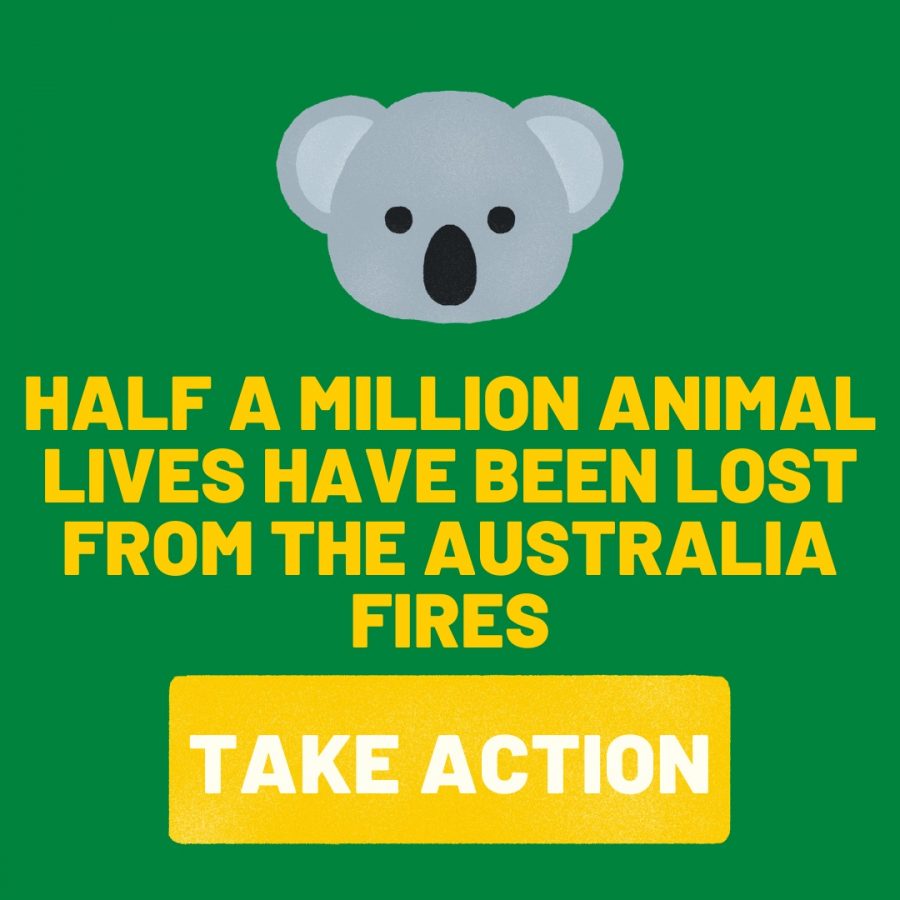 Animals in Australia are suffering large amounts because of the devastating bushfires.

The extreme Australia fires have been spreading for the past three months. These fires are mainly caused by the annual Bushfires that occur in Australia, although the fires normally vary by region.

Every state in Australia has been affected by these ongoing fires. But the biggest fires happening right now burn along the eastern and southern coast, where most of the population lives.

Currently, the damage of the fires have spread to more than 6.3 million hectares, According to BBC news. To gain a perspective on how big that is, one hectare is the size of a sports field.

Climate change is a big factor to these fires, and although the bushfires are a normal part of Australia’s atmosphere, the dryer and hotter ecosystems make it harder for the animals to stay safe. Normally, when the bushfire season comes around the koalas climb up to the very top of the trees, wait for the fire to die down, then they climb down to safety. However recently the fires have been so bad that there hasn’t been enough trees for them to climb up.

While most of the time people can flee a wildfire, the flames have been leaving devastating amounts of wildlife disappearing, and half a million animal lives have been lost.

Across social media platforms it has been evident that the burning has impacted many people. Currently, 27 people have been killed because of the fires. The Australia bushfires are devastating to think about, but there are still bunches of people that are taking action on the matter. According to BBC news, firefighters are first in line to fight the fires, but they are outnumbered by the thousands of volunteers.

Most of the damage has been done, so now is when we think about what we can do to help. A long list of celebrities have used their campaign to help Australia through donations and support. There are many celebrities on social media promoting to saving as much as they can for the Australia fires, and these donations have exceeded millions of dollars. These celebrities include: Leonardo Dicaprio, Ellen Degeneres, Shawn Mendes, Margot Robbie, Pink, Kylie Jenner, Lizzo and many more celebrities who have been donating across the world.

Donating money is good, but physically taking action is what is going to make those big overall changes. For example, Steve Irwin’s family has helped to treat and save up to 900,000 animals that were endangered in Australia’s fires.

What we have to do is think about the bigger picture. We have to take care of our earth because soon enough there won’t be an earth for us to care about. Taking big actions like donating to organizations that are taking action and treating these animals are what’s going to make a big impact. We have to focus on the next step, because there is no planet B.