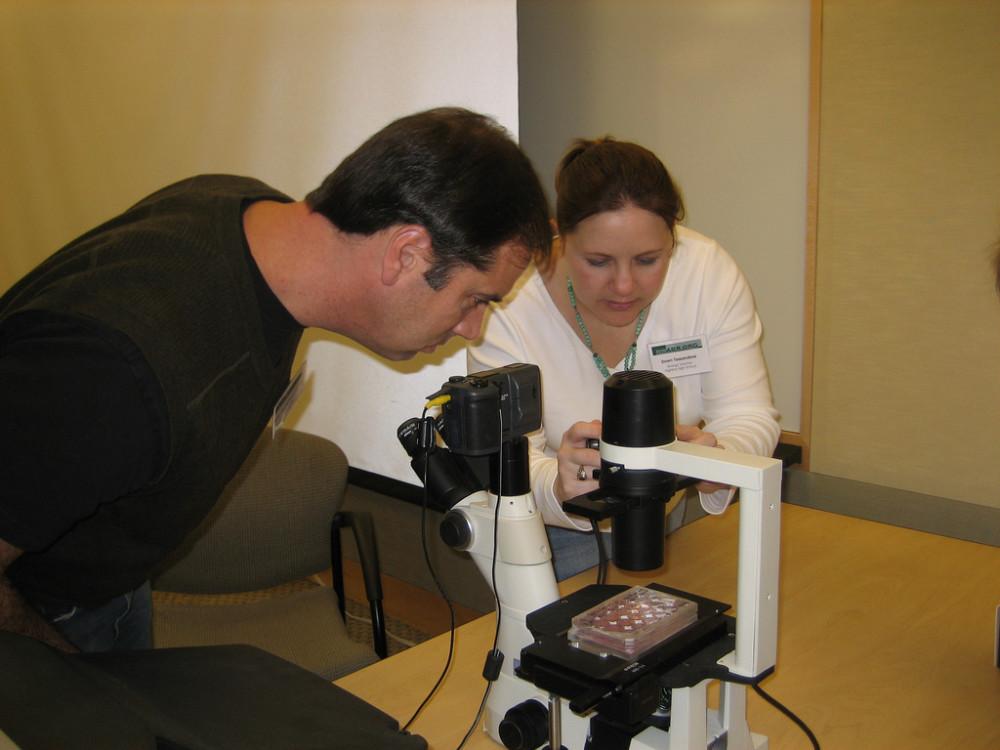 Researchers at the Oregon National Primate Research Center (one of eight  nationally funded primate research centers in the United States) have, for the first time, successfully reprogrammed human skin cells to mimic an embryonic cell like state. This new medical discovery reopens the debate concerning the ethics behind obtaining stem cells. Though this discovery is fairly new and uses the novel approach of turning human cells into embryonic cells without using aborted embryos, the discussion and controversy surrounding stem cell research continues. I side with those who support the continuation of stem cell research.

Embryonic stem cells are cells that have been derived from human embryos. Stem cells are one of the basic building blocks of life. They are unspecialized cells that are not only able to replenish and proliferate but, under the right conditions, are also able to transform into any type of cell in the human body.

The main controversy surrounding stem cell research is the ethics behind obtaining stem cells to work with. Up until recently it has been known that stem cells usually derive from aborted embryos. Because these cells are obtained through abortion many different groups of people oppose this practice. Religious groups form one of the most ardent opposition forces, arguing that the use of embryonic stem cells is immoral because it is the destruction of a human life, and that this research should not be continued.

However, the stem cells that derive from aborted embryos that are used are usually only a few days old when they are “destroyed.” I believe that there is the difference between a human life and a human person, and only a human person gains life status.

To answer the call of ethics, scientists and doctors have recently begun to look to other sources to provide these cells, and have turned towards using adult stem cells, also known as somatic cells, found in bone marrow, as a replacement. Research shows that adult cells may be more susceptible to human transplantation, though it is unknown if they are able to provide the variety of cells that embryonic cells can produce.

Another alternative to embryonic cells are induced pluripotent stem cells, iPSCs, which are adult cells that have been reprogrammed to mimic an embryonic cell like state. Researchers at ONPRC have proven that this alternative method is now an option to be considered. These alternatives do not use embryonic cells successfully avoiding the ethical argument.

With the discovery of these successful alternatives to embryonic stem cells research, the research should not be stopped. Even if these alternatives did not exist, stem cell research should go forward. The embryonic cells that are usually used are only a couple days old and were going to be discarded and destroyed in the first place. Why not use them to further medical research that has to potential to save hundreds of thousands of lives instead?

For years, the cures to many illnesses have been out of our reach, but with the advancement of stem cell research and the use of these alternative methods doctors believe that the answers to these medical mysteries are finally going to be solved. Stem cells are predicted to provide the cure to diseases such as Alzheimers and Parkinsons, as well as heart disease, spinal injuries and diabetes. They have the potential ability to start giving patients back what their body has taken from them, and start saving lives. With that said, I believe that as young scientists today, who are the future for scientific explorations to come, it is in our best interests to continue developing stem cell research.