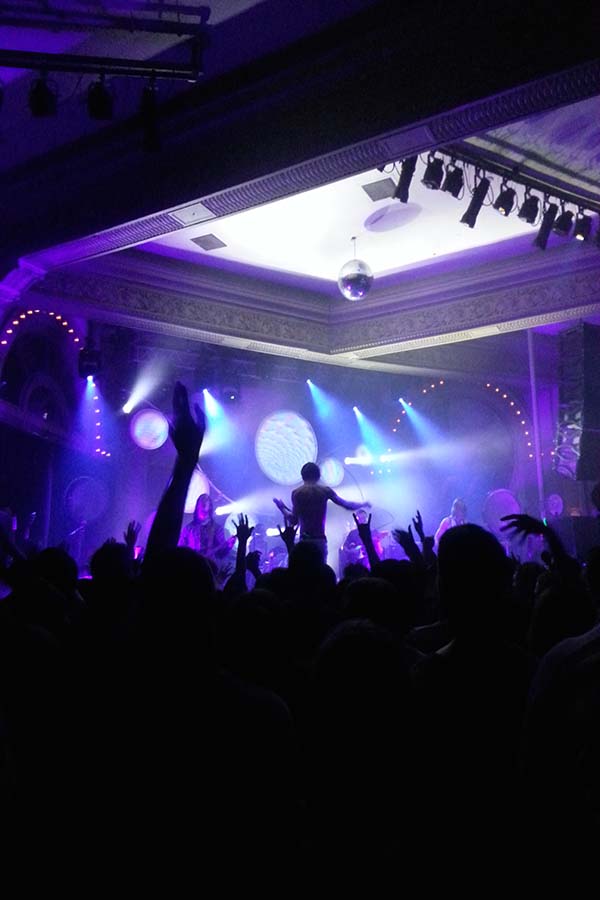 One of the best alternative bands in the 2000s, “Cage the Elephant,” came to Portland on May 22 touring after the release of its new album “Melophobia.” For only $35 dollars I knew that I had to see them perform at the ever quirky and bouncy floored Crystal Ballroom in downtown Portland.

Every concert I’ve been to (five in total) I always expect we won’t have to wait too long in between bands but each time this has been wishful thinking. The first opener was a guy with a guitar who played a few cute folky songs and the second was “Foals,” a mildly popular alternative rock band. They are a talented group of guys but they lasted a long time, playing mostly guitar riffs.

Even though there were long waits, the biggest problem we faced was the heat. Any normal person becomes hot when they are in a big group of people, but it was beyond sweltering. Every hour one of my friends would be sent out of the crowd to retrieve water which we savored as if it was the only thing we would drink for the rest of our lives. It was good thing that “Cage the Elephant” made the sizzling wait worth it.

They came on to the stage at 10:40 p.m. Keep in mind the doors opened at 6:30 p.m., and they played a new upbeat song “Spiderhead.” The amazing lead singer, Matt Shultz, started off the set wearing a red sailor outfit which slowly came off through the night. By the second song, people were so gross and sweaty that it didn’t even matter anymore.

“Cage the Elephant” played with its perfect, rough, slightly raspy sound just like on its albums. Not only did they perform songs from “Melophobia,” but they played their more popular songs like “Shake Me Down” and “Ain’t No Rest From the Wicked,” which everyone looked forward to.

I give the concert a high B because even though they sounded amazing it was an exhausting four hour experience in a hot venue.