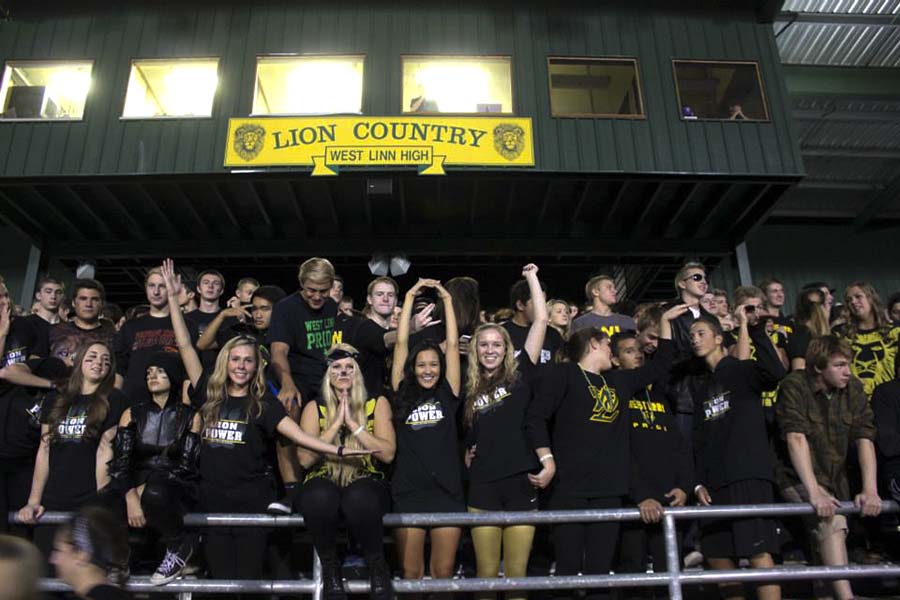 Coming into the 2014 football season, West Linn was not predicted to do very well, especially since the Three Rivers League had revamped itself with the additions of Tigard, Tualatin, Newberg and Sherwood. Those predictions were tossed out the window when the Lions took down rival Oregon City in their season opener, 28-21. West Linn rolled David Douglas the next week, 49-26 and then faced Lake Oswego in hopes of proving last year’s win was no fluke. The Lions did just that with a 20-6 victory over the Lakers.
“Without a doubt the best part is when sunk L.O.,” Ben Baldwin, senior, said. “We hadn’t beat LO at home so far during my high school years so being able to beat a big rival that you have is something pretty special and memorable.” Baldwin’s excitement was felt with other students as well.
“Beating Lake Oswego like we did was incredible especially since they have been on top for what seems like forever and now we’ve taken the upper hand,” Garet Gloer, senior, said.
Over the past two seasons, the Lions had only won eight games.
With this season’s early success, seniors are more excited than usual because this is the last year they will ever be part of the raucous Friday night crowds.
“I think as a senior you become more involved in the game no matter what sport it is,” Baldwin said. “So obviously it’s pretty awesome to be experiencing this my senior year.”
“It’d be really special for our whole class if the team is able to go out on top,” Gloer said.
Despite a recent loss to Sherwood, students are still optimistic and hope the team can regain momentum this Friday with an enormous win against the undefeated Tigard Tigers who are ranked number two in state.
“A win over Tigard would show that we have a real deal team and we’re here to win,” Baldwin said.
Currently sitting at 5-1, the Lions are considered by many as a legitimate contender for a Three Rivers League title and students hope maybe even State. West Linn has a chance to make a huge statement with a win against the Tigers, Friday at 7 p.m. at West Linn.