“Me, Earl and the Dying Girl” delivers relatable laughs with a side of tears

The film, released on June 12, grasps the true power of a coming of age story 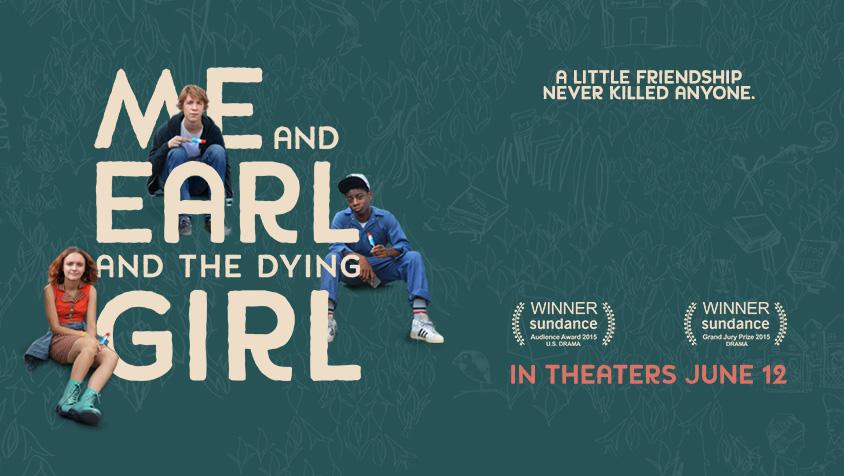 “Me and Earl and the Dying Earl,” released in theaters on June 12, features a mix of seasoned actors like Connie Britton and Nick Offerman as well as stellar newcomers like Thomas Mann, RJ Cyler and Olivia Cooke. This coming-of-age drama circles around three outcasts who not only find friendship in each other but learn a few things about life.

While “Me and Earl and the Dying Girl” falls into the endless universe of indie films that feature awkward teen boys finding their paths, it stands alone as the best of the year, and maybe even of the decade. The combination of its compassion, zany characters and modern details made the film soar above others of its kind.

The independent drama follows Greg, played by Thomas Mann, a mildly lost and immature, but comic and benevolent character as he makes his way through high school. After unwillingly befriending Rachel, a classmate who’s diagnosed with cancer, played by Olivia Cooke, he throws his monotonous and often lonely habits out the window. With the help of his friend Earl, played by RJ Cyler, his parents, played by Connie Britton and Nick Offerman, and his teacher played by Jon Bernthal, Greg learns the impact he can have on others, whether it be good or bad.

The lessons he learns from his peers and mentors is what makes the film as memorable as it is. They highlight the importance of growing up while spending your life with people that matter to you.

Mann’s spot-on translation of a teen boy was not only enjoyable but also exceedingly relatable; something usually lacking from teenage centered films. Greg was neither popular nor disliked, but just floating through high school and never putting himself out there. His sarcastic humor is used as a cover for his fear of growing up was a true statement about both teenagers and human nature in general.

Despite all the deep and meaningful representations within “Me and Earl and the Dying Girl,” there were several parts in the film that lacked maturity. Earl was a great contrast to Greg’s worrisome nature with his calm personality, but his misplaced sex references left a bad taste in your mouth. Anytime Greg would talk about girls he interacts with, Earl would quip “but did you touch them titties?” It was distracting to the storyline and left the audiences silent. That being said, his character was so cool and in the end he showed that he wasn’t just a friend to Greg, but a true mentor.

One of my favorite things about “Me and Earl and the Dying Girl” is its mix of modern with touches of whimsy. All the references made to pop culture were relevant and comical without going overboard trying to connect to teen audiences. The New York setting completed the calm and offbeat vibe with its gritty shots of the intercity school and quaint neighborhoods.

While the themes developed in the film, the acting was short of innovative. Rachel was the second most important protagonist in the film Cooke’s portrayal of her sometimes lacked substance. While she was a quiet girl who was struggling with leukemia, I felt disconnected from her. Cooke has the potential to become an esteemed actress. She stars in the hit series “Bates Motel,” but in this she wasn’t a whole lot more than a sweet person battling a horrible disease.

I give “Me and Earl and the Dying Girl” an A. The vulnerability was displayed superbly thanks to Mann’s acting and Gomez-Rejon’s honest storytelling. This coming-of-age tale, is one of the most original and heartfelt films of the summer.