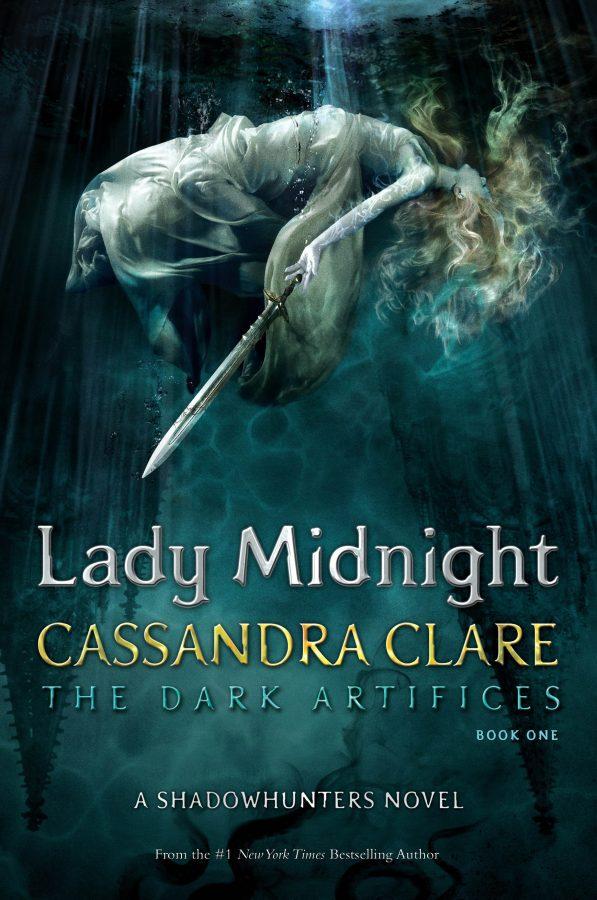 “Lady Midnight,” the first book in Cassandra Clare’s new trilogy “The Dark Artifices,” leaves fans thrilled with the exceptional sequel to the beloved “Mortal Instruments” series. The book released Mar. 8, following the story of Emma Carstairs and Julian Blackthorn who are trying to find out the reason for the increase in demonic murders in Los Angeles.

Heart-pounding, tears spilling down cheeks and screaming at the book should be expected when reading “Lady Midnight.” by Cassandra Clare. Although, any Cassandra Clare book has this effect on the readers. With her third book series in the Shadowhunter world, “The Dark Artifices: Lady Midnight,” doesn’t fall off like most sequels. It stays right with or better than the books that precede it. After the release Mar. 8, fans have not stopped talking about the book and are still in emotional turmoil after reading it.

“Lady Midnight” takes us to Los Angeles in 2012, five years after the end of the best-selling series, ‘The Mortal Instruments,” where the latest Shadowhunter story lies. Hidden behind their runes and glamours, Shadowhunters, or Nephilim, are part angel-part human warriors who protect humans, referred to as mundanes, from the dangers of demons and monsters.

Clare takes us to the Los Angeles Institute, where Emma Carstairs and her best friend, or parabatai, Julian Blackthorn are investigating what they believe to be demonic murders, but spirals into something much worse as Emma becomes convinced the humans and faeries who have been killed were killed by the same person who murdered her parents five years earlier. But Julian’s brother Mark, who was captured by the faeries five years ago, has been returned as a bargaining chip by the faeries. The faeries want revenge for the deaths of their kind, and need the Shadowhunters to do so, which goes against Shadowhunter law. Having to work behind the Clave, the Shadowhunter government, Emma, Julian, and the rest of the Shadowhunters at the Institute must find out who is committing the murders while staying under the radar of the Clave.

To complicate things more, Emma and Julian, who have been best friends since birth, begin in fall in love, something forbidden by law between parabatai. While fighting the battle of demonic murders, Emma and Julian fight the war in their hearts, trying to decide whether or not to follow their hearts or the law.  And if you think that a harsh law will keep two people from falling in love, then you are mistaken. It only strengthens it.

With a 668-page book, it’s expected to have some boring parts. “Lady Midnight” did not drop off and become boring at all. Even when there was not battle happening, there was still some sort of captivating drama going on, making it hard to put the book down. Clare’s incredible writing style intertwined with the captivating story make for this beautiful book. Clare manages to make us fall in love with the characters purely with the words they speak and the way they are described.

I had been waiting for “Lady Midnight” since it was first announced in 2013 after the end of “City of Heavenly Fire,” the final book in “The Mortal Instruments,” so I had high expectations for it. “Lady Midnight” did not disappoint. I have read all of Clare’s previous books multiple times and have loved each and every one of them. When I opened the book, I was pulled back into the Shadowhunter World and was wrapped up in the story of Emma and Julian. My heart was pounding at moments during the book and I may have thrown the book across my room when I finished it because it ended with a giant cliff-hanger, the typical Clare style.

I would give “Lady Midnight” an A+ for its captivating story, emotional turmoil, and beautiful writing style. I truly loved this book and absolutely cannot wait for the next book in 2017, “Lord of Shadows,” and the next trilogy, “The Last Hours,” set during the Edwardian era, coming out in 2017 as well. I would also highly recommend ‘The Mortal Instruments” and “The Infernal Devices,” Clare’s other book series.