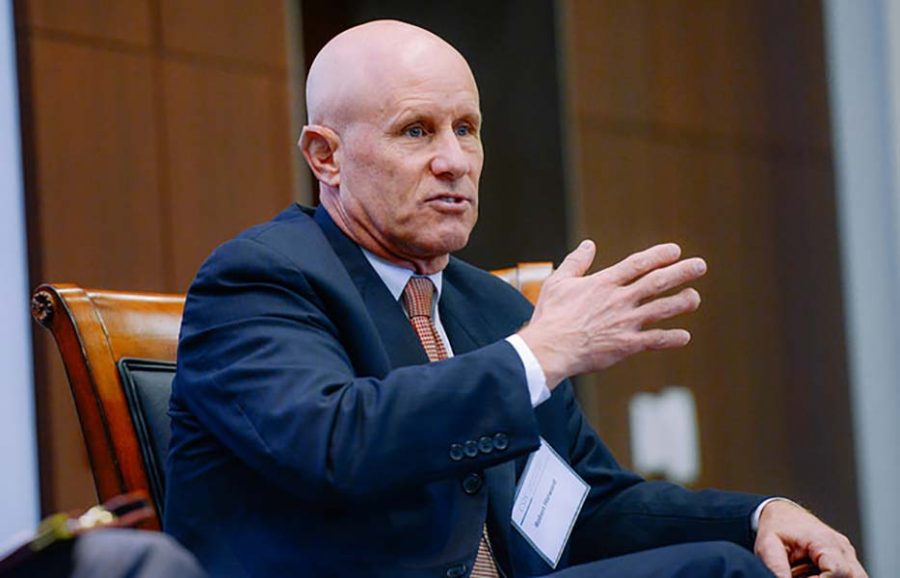 photo via Center for Strategic and International Studies

An interesting turn of events occurred when President Donald Trump’s first choice for the position of National Security Adviser, Robert Harward,  turned down the position due to internal conflicts. He announced publicly, two days after being offered the position, that after careful deliberation he could not accept the position.

Harward was to replace former National Security Adviser Michael Flynn,;  who resigned from his position after having been found to have alleged ties to the Russian government. Flynn is currently under intense investigation to find any information illegally given to Russia.

However, even after Flynn’s resignation, Trump refuses to let go of any of the members of Flynn’s former team. This stubborn act halted Trump’s move to hire Harward as the new National Security Adviser because he wouldn’t let Harward work among his own highly qualified-people. Harward felt that, given this decision, he had no choice but to refuse the position.

The White House has been scrambling to find another well qualified candidate in an appropriate amount of time but no one has come up to the plate. Currently Joseph Kellogg, who worked under Flynn before his scandal, has taken over the position while they look for someone better.

For now Trump’s mismanaged team seems to be weathering the storm, but they will have to pick up their act sooner rather than later.