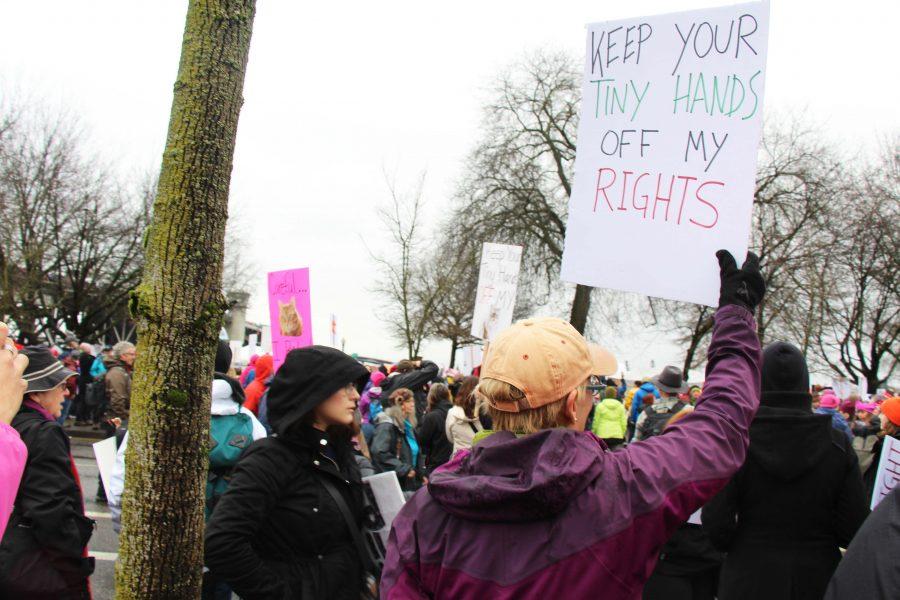 Protesters swarm the streets of Portland after the election of President Donald Trump during the Women's March. They protest his abilities to lead our country and his policies surrounding human rights.

President Donald Trump’s personal and professional ties to the Russian government are no secret to the American people, however, the investigation continues to determine how deep these bonds run. While allegations and accusations are strewn throughout this year’s election, the FBI has made it clear that the claims of Russian interference in the 2017 election are true.

“I think I’d get along very well with Vladimir Putin,” Trump said in July 2015 during an interview with Scottish reporters.

His relationship with the Russian government official seems to continue to hold onto some of this kinship even as scrutiny from the public audience remains fierce. In fact, this kinship may have given Trump the extra push he needed to win this year’s Presidential Election.

Russian hackers have organized dozens of orchestrated attacks against the US government in an attempt to sway the American vote in favor of Trump. One the most well-known cyber attacks was the releasing of over a thousand emails sent by Hillary Clinton, which contained information that damaged the democratic campaign.

These hacks pushed many voters over the edge, discrediting and damaging the integrity of the election process.

The Russian government has made many attempts to weaken the western alliances before and now they might finally have their chance. With hopes of convincing the American government, and President Trump, to join in his own battles we may be steered into some unexpected trouble.

With tensions already heightened between America’s allies as Trump’s presidency picks up momentum, joining forces with the authoritative and human rights-restricting leader could strain the bonds so much that they break.