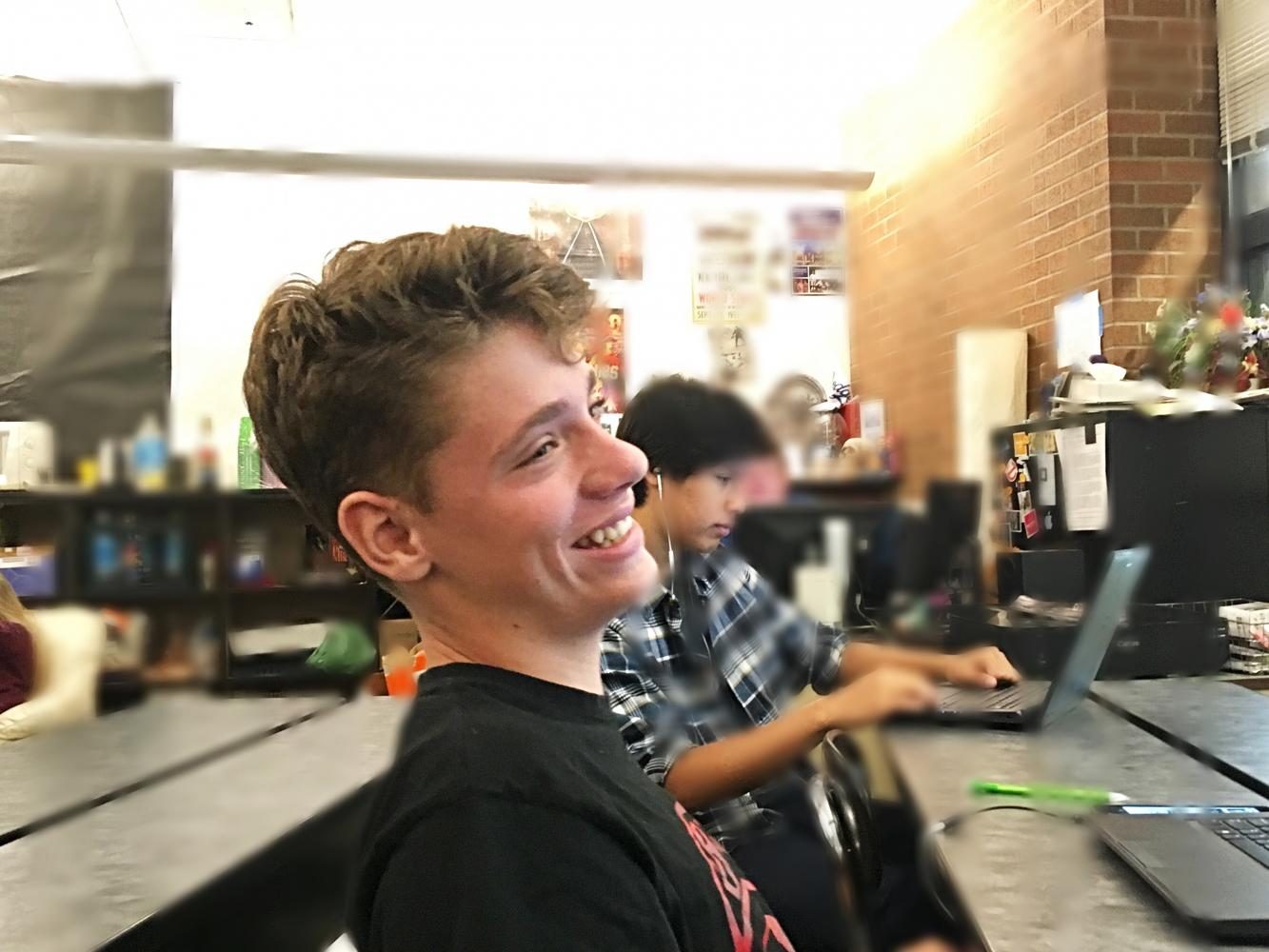 I had the opportunity to sit down and talk to Aleks Paul Brooks, freshman, about his summer and how he feels about school starting.

Q: “Did you have the opportunity to go anywhere this summer?”

A: “I did get to go to California this summer and see my grandparents this summer that was pretty cool.”

A: “Both of my sets of grandparents were down there, so I went to Disneyland with one set of grandparents that are from Australia and I got in free so that was pretty cool.”

Q: “Did you happen to learn anything new this summer?”

A: “I learned a lot about my family’s history from my grandparents.”

A: “I learned that my grandpa on my mom’s side was born two days before World War II started and his house was burned down by Germans but he escaped.”

Q: “Wow, that’s pretty interesting, what did you think about that?”

A: “Well, I knew a little bit about it. I knew he had escaped, but I didn’t know the details I guess of how awful it was for everyone. To remember that the world isn’t this West Linn life I live where nothing goes wrong-and if something does go wrong like someone getting robbed, usually no one is hurt.  But I mean, people were killed, it wasn’t some movie, it was real people. Like some of my family members were killed. Yeah it was kind of eye opening.”