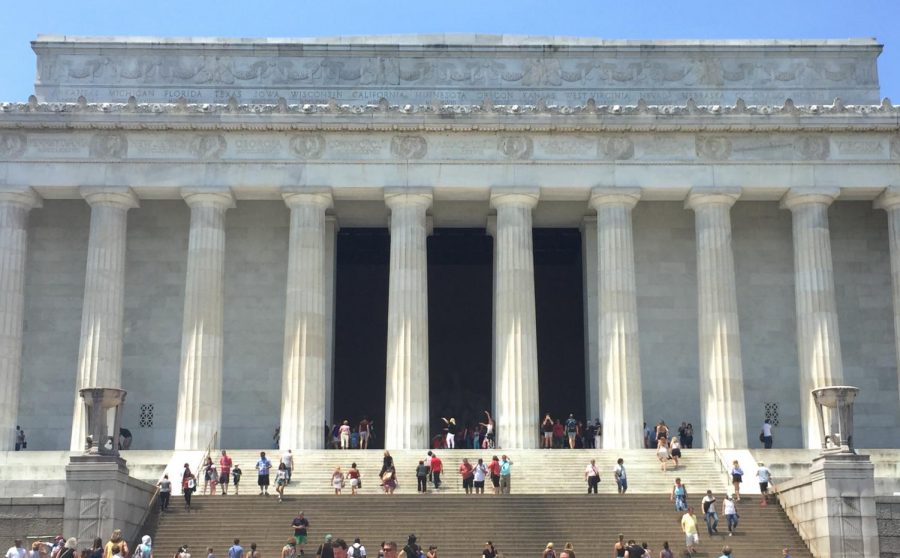 It is 2:45 AM, on November 9th. The television is turned to Fox News. Of course. The chyron reads “Donald Trump elected president.”  The 45th president of the United States hands his phone off to a subordinate. On the other line, Hillary Clinton has just conceded the election.

For some, it was a moment of jubilation. Even those only tangentially connected to the Republican Party seemed to revel in a feeling of relief.

Perhaps it’s a sense of euphoria, perhaps it’s a desperation for victory, but the conservative movement seems to take far too much pride in a narrow victory without asking why the victory was such a trial in the first place.

With Republican popularity soaring, grassroots campaigns appearing across the country, and a string of victories in House and Congressional elections, defeating the least popular candidate in American history should have been an easy task. The politics of Donald Trump ensured that the election was anything but simple.

Our nation has learned a great deal about conservatives since Nov. 8, 2016.

We learned that the Republican party will gladly support an admitted sexual assaulter in the name of protecting family values.

We found that half our nation still stands with the cause of confederates.

We learned that Nazis matter but gays don’t to many Americans. That these people believe journalists are liars, but that our government may operate upon alternative facts.

We learned that the child-like naivete of the punch drunk ‘Real America’ is little more than a frightened cultural specter, cowed by fear and nostalgia into supporting a senile authoritarian.

We have found that the power-hungry Republican Party elites who supported Donald Trump and continue to supply him with a platform will play dead with malignant glee as they sacrifice morality for a moment of power. That the brash and loud ‘patriotic’ Americans who have played dumb for two decades have taken the logical step and turned their party into a brain dead monster stumbling to victory.

We learned that the Republican Party was willing to give itself a lobotomy, and to sell soul of conservatism for their victory.

Conservative Americans must ask themselves if they are content with large state nationalism. They must decide whether they truly support an egotistical New York liberal whose moral beliefs fly in the face of everything they claim to profess.

Conservatives must truly consider if liberal accusations were true. Will they be a party governed by Islamophobia? Will they cede their small government beliefs to frantic attempts to please corporate donors? Are they truly pro-life, or are they content being a fanatical anti-abortion cult? Is their respect for guns constitutional or is it rooted in images of masculinity and a product of NRA fear-mongering?

If Republicans wish to be the party of Trump, so be it. I have but one request;  cease operating under the moniker of conservatism. If Republicans are going to operate as nationalists, they should embrace their title. And while they’re at it, perhaps the Statue of Liberty could use renovation. After all, if this is to be the age of Trump, a torch seems far too welcoming an object to display to immigrants. May I suggest instead a burning cross? With the Trumpian bent towards anti-intellectualism, there will be plenty of books for use as kindling.

Republicans have been insistent that they are neither Nazis nor racists. Until this moment in time, I had been inclined to believe them. But now is their chance to prove those words were true. This test of history is one that many conservatives are failing.

It will not be easy to run the alt-right out of the Republican Party. But if conservatives truly care about their party as an idealistic force and not merely an institution, they must find the courage to ostracize and cast out far right nationalists and large government authoritarians like Donald Trump.

This is a movement that can only begin from the ground up. Conservatives who wish to reclaim their party must get politically active. If they are not content with the Trump administration, time is of the essence. Grassroots campaigns for possible challengers, vocal criticism of congressmen who bow over for Trump, and willingness to think freely of conservative partisan hacks are the only ways to free the Republican Party from the grip of Donald Trump.

Now, more than ever, conservatives must not abandon intellectualism. The civil war for the soul of the Republican Party will be waged on the battleground of academia. Only through an embrace of information can the party be reclaimed. The party desperately cries out for a new platform, and this new generation of young students can work to rebuild the party from the ground up.

A new era of rational, compassionate conservatism could bring about a renaissance for the Republican Party, and American politics as a whole.