It’s 1946. The Second World War is over. Across the country returning soldiers provide an able work force and a new generation, young, bold and bursting at the seams with idealism is claiming their political power. It’s a time of change and a time of hope.

The economy sores, the scientific world produces an endless stream of accomplishments and a new age of explorers set their eyes on the ocean depths and the stars overhead.

Across the world the horrors of the war have left shell shocked cities . A clean slate upon which America and the United Nations will fight for a new age of democracy and freedom.

The American dream seems irrepressible. Insatiable. Like a locomotive run out of control it cannot and will not be stopped.

But something strange happened on the way to that dream. A discontent bubbled to the surface. The speed and the certainty of progress stripped away the cool clean veneer and like a house stripped of paint the decaying and rotting Timbers now jut out unobstructed. The myth and the magic melting off.

But it was too late now. The path could not be changed. All the voices and all the people in the world could not undo the damage already done. Because somewhere along the way the train jumped the rails. And now it plunges forward directionless, oozing an inky smoke and gnawing up the ground before it. Somewhere, somehow, the dream became a nightmare. 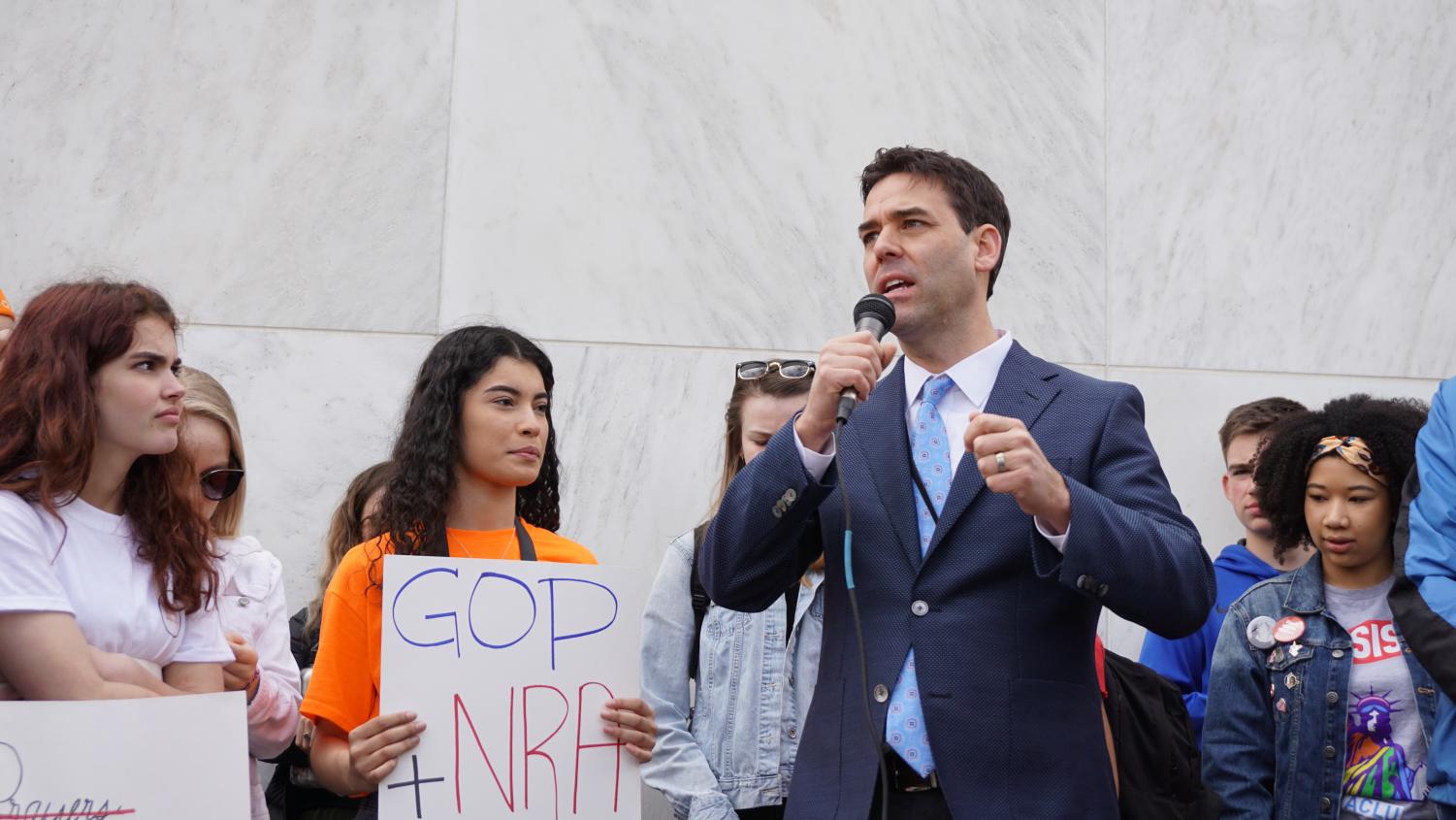 We are not a happy country. We lag behind  almost every other major nation in that category. We are not a hopeful country. We leave in constant fear of crime and terrorism and disaster; all of which we seem incapable of stopping.

We are facing, for the first time, a national mental health crises. As real as an invading army as immoderate as a pandemic. And half the country is terrified to admit it and the other half ignores it all together.

That idea, in isolation, is a daunting one. Rarely do those who condemn our nations mental state have its best interests at heart. inherent to the suggestion that we are traveling the wrong direction is the implication that if we only placed our undivided faith to the right leader, we might move the right direction.

But the assumption that this sort of language precipitates cults and fascists is a case of veiling the world the wrong way round. People are drawn to strongmen in times of fear. Dictators do not create fear, they exploit it. And perhaps we should be asking ourselves why they have any appeal at all.

These events happen for a reason. Countries don’t lose their minds, they are taken from them. And no matter what else you believe, we all must admit the country has lost some portion of its mind, if for no other reason than a substantial number believe it to be so. Same countries don’t think themselves to be insane.

I couldn’t begin to tell you what a national mental health crises looks like, let alone what it would take to address one. I can only offer the anecdotal evidence that people seem to be afraid, coupled with the  vague suggestion that something seems wrong in America right now.

But perhaps that’s the point. Culture is a nebulous thing. It twists and turns on scarcely perceptible whims. Maybe the mistake we made was believing we could control it at all.

What we’re living in now is a perpetual motion machine, psychotically spinning faster and faster, determined only with maintaining its own propulsion.

It all has an awful and endless air of desperation. As though in each and every battle we we wage a war of survival, determined only to fight another day.

And so our world grinds into the same tired patterns, politicians crucify their ideals that they might do so again after the election. A cycle of sacrifice with no tangible goal. Forsaking power so as to maintain it.

It’s America for the sake of America, taken to the absolute limit. The dream whipping around and around in circles and moving nowhere like a car with the pedal on the floor and the parking brake engaged. Bouncing of itself again and again and again until it explodes and whole thing starts over.

It follows everywhere and seeps into everything. And why would it not? In a world where political favors are turned into politicians profit and the profit turned to campaigns so yet more favors can be traded, staying the course is the only thing that matters.

And so I offer up the simplest answer to a declining state of mind: perhaps the people are in pain because they’re being hurt. Perhaps the endless wars and the constant corruption and the lies on top of lies are strangling us.

It is a constant refrain of the intellectual elites that our declining faith in institutions will be our nations downfall. Perhaps those same elites should look in a mirror.

Our military leaders twice in the last 50 years waged a war over the strong objections of the public. Twice they have ignored warnings of intellectuals and activists alike. Twice they have waltzed into foreign lands expecting to win the hearts and minds of the conquered people and twice they have paid an emended price while gaining nothing. Should we maintain faith in them still?