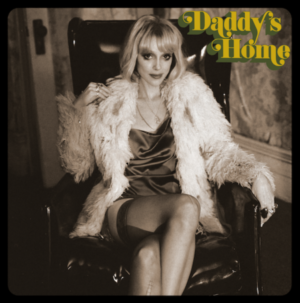 As a modern chameleon in music, Annie Clark has been a staple of the rock genre for nearly two decades under the pseudonym St. Vincent. From her first album “Marry Me” to her most recent work “Daddy’s Home”, Clark has transformed herself over and over in a style reminiscent of David Bowie. While her last album “Masseduction” was full of 80s style sounds and styles, “Daddy’s Home” presents Clark in a 70s style setting. Donning a Candy Darling style wig, Clark’s character is an almost over-the-top version of herself as she tells stories of reunion with her estranged father, her resistance to motherhood, and the process of picking herself up after falling apart.

In arguably her most authentic work, Clark seems to have found her stride in “Daddy’s Home”. Though she is playing a character, she is truly just an extension of herself. Along with her co-producer Jack Antonoff, Clark’s lyricism and vocals shine over 70s inspired guitar riffs and melodramatic piano bars. The album’s title track showcases Clark’s narrative skill in telling the story of her strained relationship with her father, who spent a decade in prison. In “The Melting of the Sun”, Clark pays homage to the women who came before her, including Joni Mitchell, Nina Simone, and Tori Amos. Clark’s dreamy vocals in some songs contrast her raw vocals in others to create a charismatic listening experience.