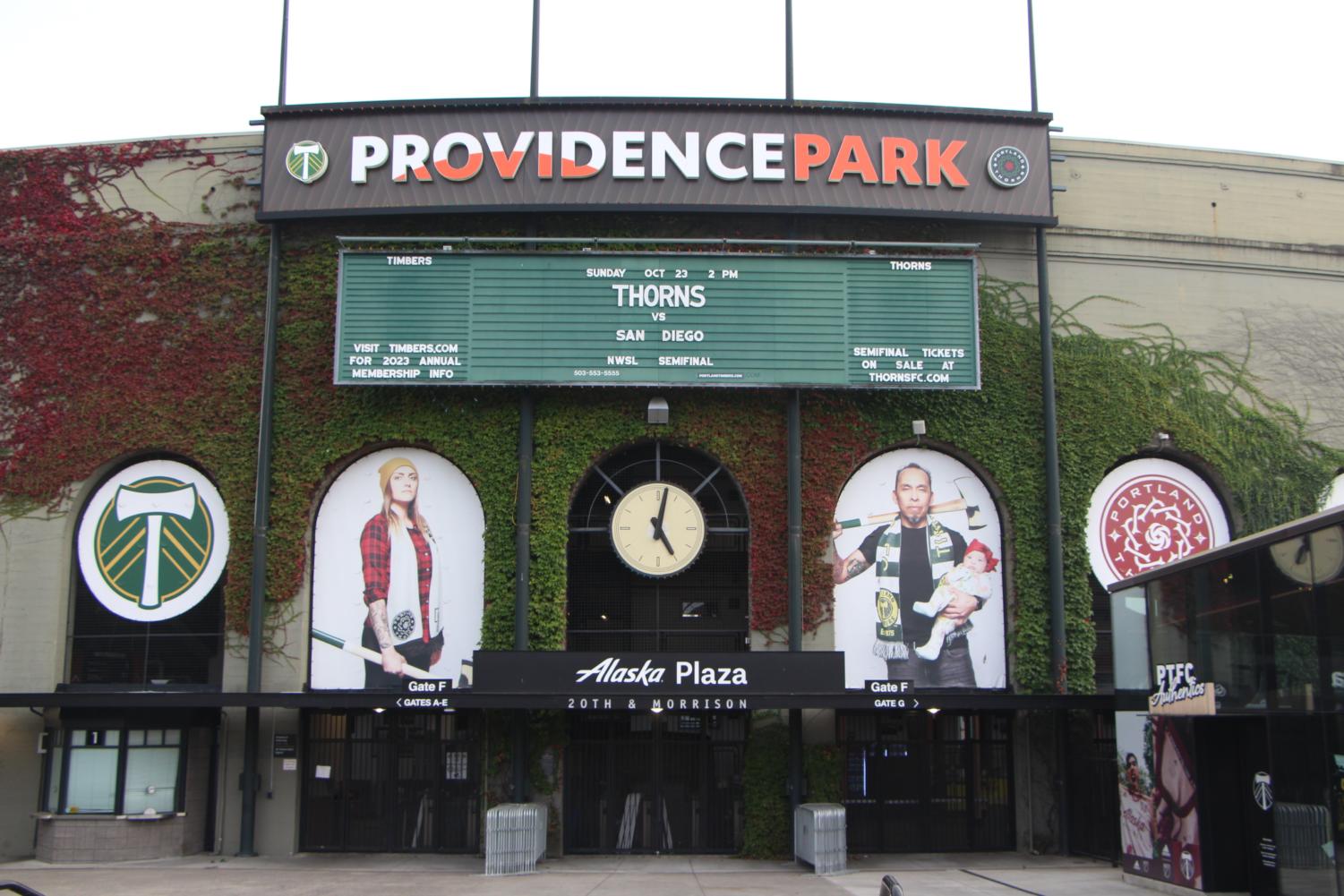 As a model for combined success in women’s and men’s soccer, the Portland Thorns and Timbers’ foundation has been shaken by numerous revelations regarding an abuse scandal within the combined organization. (Audrey Lippert)

As a model for combined success in women’s and men’s soccer, the Portland Thorns and Timbers’ foundation has been shaken by numerous revelations regarding an abuse scandal within the combined organization.

Amplifier continuation: Every rose has its thorn

The Yates report has upended women’s soccer and soccer in Portland. It is a full investigation by U.S. Soccer into misconduct and abuse throughout the National Women’s Soccer League (NWSL). This investigation is a direct result of player allegations against the Portland Thorns/Portland Timbers organization, known jointly as PTFC, and its findings have deeply impacted local soccer. Below you will find a complete explanation of the most relevant pieces of information from that 157 page report that have directly impacted not only PTFC, but also youth soccer in Oregon.

Portland Thorns player Meleana “Mana” Shim first raised her concerns over head coach Paul Riley’s behavior towards her in an email to him during the 2015 season. According to the Yates report, Riley deleted the email and cleared his trash folder, reducing Shim’s playing time throughout the rest of the season.

Shim would later file a formal complaint against Riley, notifying not only Riley, but also PTFC owner Merritt Paulson, the club’s HR director, and NWSL Commissioner Jeff Plush. An investigation into Riley’s behavior was then conducted by the Thorns after other players, including Sinead Farrelly, also reported misconduct, while another club, Sky Blue FC, decided they would not try to hire Riley due to the investigation.

In Sept. 2015, following the investigation the Thorns released a statement confirming they “would not be retaining” Riley for the following season. What the organization chose not to make public was the fact that Riley was fired due to his, “dishonesty, fraudulent behavior, unethical behavior and the like.” These reasons were listed in Riley’s termination letter, which was not public because the Thorns did not characterize his release as a firing or termination, though it was according to the Yates report and later statements by Paulson.

After Riley had left the club, then General Manager Gavin Wilkinson would encourage another NWSL club to hire him in 2016. Riley would get hired by this club, the Western New York Flash, in the same year. It would be his first head coaching position post-investigation, and Paulson would congratulate the president of the Flash in an email.

“Best of luck this season and congrats on the Riley hire. I have a lot of affection for him,” Paulson wrote. He would continue to support Riley publicly and on social media for years following the investigation.

In 2019, following the U.S. Women’s National Team’s (USWNT) World Cup victory, head coach Jill Ellis stepped down. After the vacancy opened up many names, including Riley’s, were tossed around as possible replacements. Once Riley was publicly discussed as an option, representatives from the USWNT players’ union contacted U.S. Soccer legal counsel Lydia Wahlke and made it clear that they would not support Riley as their head coach, citing his past in Portland as the main reason.

Paulson would have a phone conversation the same day with Stephen Malik, the owner of the North Carolina Courage, about why Riley should withdraw from the running for the USWNT job. Riley was coaching the North Carolina Courage at the time, and according to the Yates report, Paulson attempted to hide the fact that Riley had been fired in Portland from Malik. Following this phone conversation Riley announced that he would not be pursuing the USWNT job on Twitter.

The NWSL hired a new commissioner in 2021. Lisa Baird, now NWSL commissioner, would receive emails from both Shim and Farrelly asking for a new investigation into Riley’s conduct. Farrelly, a Thorns player at the same time as Shim, also filed a complaint against Riley in 2015.

Baird would thank both players for their emails, but ignore their requests for an independent reinvestigation. She would also text Malik after Riley threatened to resign over league scheduling.

“I had a long talk with [Riley] and I strongly urged him not to resign and I am glad you didn’t accept it,” Baird wrote, according to the Yates report.

Just weeks after Baird helped convince Riley to not resign his position as head coach of the Courage, the Athletic released an article with interviews from both Shim and Farrelly that detailed their experiences under Riley at the Thorns. After the article made the allegations public Riley would be fired by the Courage, games would be canceled and Baird would resign her position.

Paulson promises to investigate the club’s handling of Riley in 2015 in an open letter, following the Athletic article’s release, and Wilkinson is placed on administrative leave from his Thorns duties, but continues his work for the Timbers.

Now in 2022, following yet another investigation conducted by the Thorns organization, Wilkinson is reinstated in his position. The findings of the investigation are not made public and no players are interviewed.

Months later, U.S. Soccer’s independent investigation concludes and its findings are released in the Yates report on Oct. 3. The Yates report paints a complete picture of the misconduct and abuse by coaches and higher ups throughout the NWSL for the first time and leads to a string of firings across the league. Wilkinson and Golub are fired and Paulson removes himself as CEO of the organization that runs PTFC, however, he remains the owner of both teams.

Calls for Paulson to sell the clubs continue from supporter groups the Rose City Riveters and the Timbers Army, who released a joint statement through their social media accounts after the Yates report was released. Alaska Airlines, the main sponsor of both the Thorns and Timbers announces it will be redirecting its sponsorship funds to the NWSL Players Association’s “Support the Players Emergency Trust” and local Portland sports, instead of the PTFC organization.

While the Timbers’ season has concluded with them missing the playoffs for the first time since 2016, the Thorns finished their season on a high. Winning their third NWSL championship 2-0 against the Kansas City Current, the Thorns became the most successful NWSL franchise of all time.

For a student perspective on the issue read ‘Every rose has its thorn’ in the newest edition of the Amplifier newsmagazine, available in most classrooms and the library.