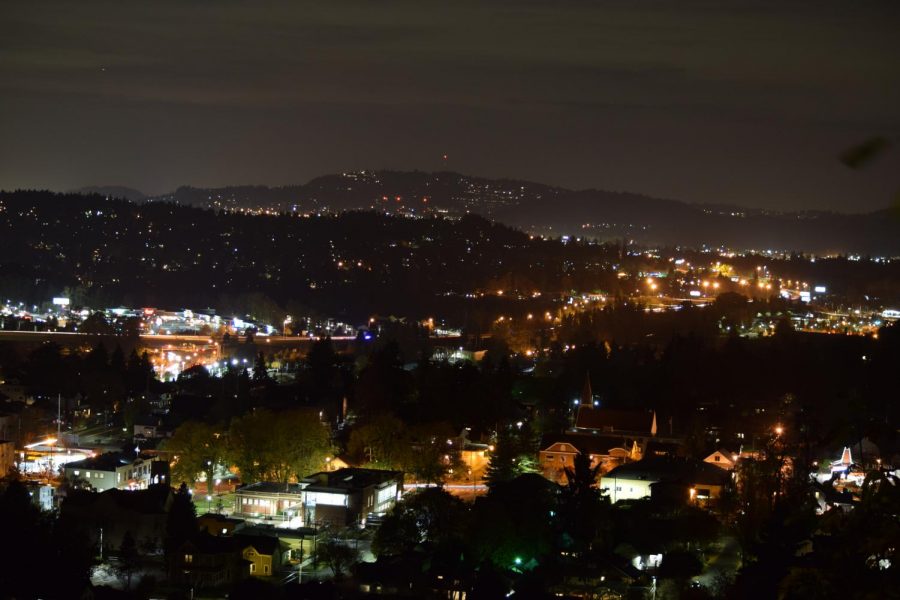 It doesn’t look like Puerto Rico here in West Linn. Not at first glance.

The suburban sprawl reaches out from Portland like an ink stain on the map, bleeding a deeper and deeper grey until it envelopes everything.

Everything is carefully placed here. Main Street runs parallel to the river but just a bit inside the town. To keep the mill out of sight behind a treeline.

West Linn doesn’t look like a city with much of a past. It’s carefully drawn up that way. Even the old city center is redesigned, covered up with chintzy shops and chain restaurants. The building facades may be aged but the contents are the same silicone idols of new age Americana.

But of course, there is a history here. A deep and vibrant clash of cultures that no modernity can cover up. Buried, beneath the McMansions and manicured lawns, are the fossilized remains of some hulking behemoth, a mottled steel skeleton of something beyond all recognition.

It’s written in faint lettering on faded signs and muttered in the closets of shuttered old museums. West Linn stands across from the end of the Oregon trail.

To look at it you wouldn’t know it. Oregon City is no gleaming transport hub. Hardly a Los Angeles. But there it is. In all its glory, the end of the line for a million people.

It’s faded now. Drifted from imagination, fallen from our consciousness, but the story of white America is a story of westward movement. It began with the ideals of the renaissance (Themselves borrowed from Asia and the Middle East), grew and gathered steam and moved to the West. Humanism and philosophy hit Holland and England like a storm. And from there the desperate and the greedy moved West again. And when they came to America it wasn’t enough. Manifest destiny drove colonies to become a country. And all along the way these forces moved West. Until they hit Oregon City.

The coast of Oregon represents the place where a nation with a Christ complex faced the reality that it couldn’t walk on water. Where Western Culture hit a wall and inverted back in on itself. The end of the line for the American dream.

But it is a story told in blood. Think about the travel. About the wars and all the slaughters. It took a genocide to make it here. A race of people wiped from the map and for what?

We live on conquered land. A whole people were destroyed, that we might make it to this place.

What happens when a nation defined by expansion has nowhere left to go? All the culture and the leaders and the values of the country, built on the dream of  a perpetual motion cut ruthlessly and immediately short.

So we started to build. That frantic economic energy that came to define a country needed an outlet. And this too is written on the face of our city.

The West Linn-Oregon City paper mill is not unique. It carries with it none of the power nor even the pomp and circumstance you might expect to find at the end of a pilgrimage. In retrospect that should have been a warning. That there was no point, no particular privilege to be had. That all that slaughter and struggle came to reach no special end, merely another town, should have been a sign that it had no real direction or purpose. 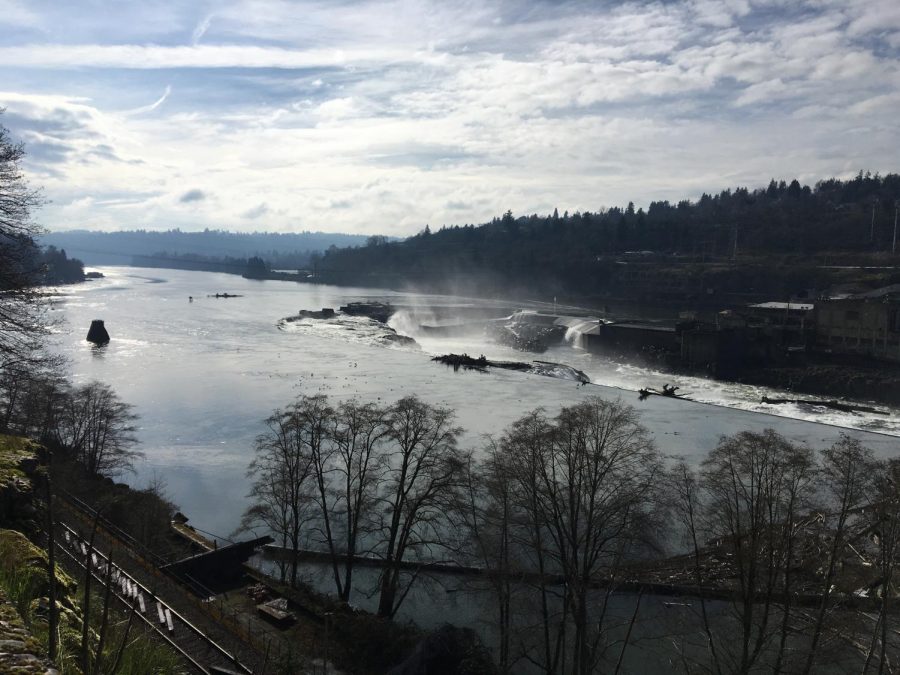 But of course, the mill did have a meaning in a manner of speaking. It came to define a state. An industry of lumber, a whole system of power dedicated to stripping the land and selling it on. Converting country into capital. Forests to trees, trees to lumber, lumber to paper and then paper out across the world.

It came to define the cities too. Whole towns appeared as a consequence of the land. We might be stealing forests but we could not yet replace a river! And so the cities appeared, resting on the water. The industrial heart of America, perhaps even the greatness we’re so fond of questioning. If ever we were great, in whatever misguided sense we contextualize the word, it was surely then: when jobs sprung up in reaction to demand. When supply dictated consumption and American profits could be made from American trees.

But of course, it could never last. The forests ran out, the profits ran thin, the ships grew faster and the economy moved on.

But more than that, the nation moved on. Workers were striking, women were marching. The wave of racial equality was rising and an awful truth was revealed of America. Those jobs that had seemed plentiful and those profits that seemed endless had come at the expense of enormous exploitation.

With the turning of the century came labor and civil rights, and a danger became apparent. A national myth was crumbling.

The American ingenuity that turned the south into an economic colossus? It came at the cost of the most horrific injustice the world has ever seen. The subjugation of a whole race of people. Not the brilliance or skill of white owners but the horrific and absolute exploitation of African-Americans. Those bold pioneers who tamed a continent? They did so from behind a rifle. No guts or brains required, just the awful overwhelming nature of superior firepower. From the mines filled with child workers to the railroads built on dead Chinese laborers, modernization in America had come at the cost of a brutal inhumanity.

But the changing times seemed to bring with them a new age. Progress was slow but steady. Battles were fought and rights were won, and the economy kept growing and growing.

And no one payed attention as the factory died. No one noticed as the signs faded and museums closed. There were wars to be won and rights to be protected.

Now West Linn stands against the people who brought us here. The children stay far from mines. They march in the streets for political change, and in the classrooms they’re taught to be senators and CEOs. No one notices the crumbling paper mill and if they did, they wouldn’t care. It looks to them like a rotten past. An ugly black scar from another age. There is no time for factories. No time for pioneers. Those are relics from another age.

And so the warnings fade. The crumbling of our economy and the horrors of our past are lost. And no one stops to think about the forests gone to ruin. The paper company dissolves, the landmark and the heart, the purpose and the center of the city left abandoned and decaying. Scraps of it breaking off. Pulled by the river towards the tumbling ocean shore.

That faded foreign past turned to a legacy of ashes. Relegated to tattered and stained photographs framed in blurry black and white. As if that was another country.